IZMIR, Turkey (RNS) — As Turkish prosecutors prepare for the high-profile trial of American pastor Andrew Brunson on terrorism-related charges, their case points directly to his small evangelical church and the internal strife stemming from his outreach to Syrian refugees.

The prosecutors’ 62-page indictment portrays Brunson’s Resurrection Church in Izmir as a hotbed for insurgents. It quotes witnesses, some named and others anonymous, who formerly had close ties to the congregation but have since turned on its leader amid a rising tide of Turkish nationalism. People walk past the Izmir Resurrection Church, a small evangelical church where jailed American Andrew Brunson served as pastor, in Izmir, western Turkey, on April 15, 2018. (AP Photo/Lefteris Pitarakis)One witness, Murat Candanbaglan, told prosecutors that he heard congregants divulge Brunson’s true mission: to found a separate country for Kurdish separatists. Another witness, Guven Dilsen, said he cut ties with Brunson after hearing him refer to part of Turkey as “Kurdistan.” A third, Levent Kalkan, said the congregation had two types of people: those “who loved their country” and others “sympathetic to terrorism and who had separatist views.”

Brunson, Kalkan said in the document, “had a special interest in those who held this divisive opinion.”

But Resurrection Church pastors and congregants tell a different story about events leading up to Brunson’s 2016 arrest, two-year imprisonment and current house arrest as he awaits his next court hearing, scheduled for October 12.

On one level, they see Brunson as a pawn in a showdown between Washington, D.C., and Ankara as the alliance between the United States and Turkey within NATO gets tested. Turkey has demanded that the U.S. extradite Fethullah Gulen, a Muslim cleric who is accused of masterminding a 2016 coup attempt in Turkey and who currently resides in Pennsylvania. The U.S. has refused to hand him over. Meanwhile, the Trump administration is turning up the pressure on Turkey as it calls for Brunson’s release. Its latest move came Friday (Aug. 10), when President Trump vowed to double U.S. tariffs on Turkish steel and aluminum, which sent the lira (Turkey’s currency) plunging nearly 20 percent in one day.

“Our relations with Turkey are not good at this time!” Trump said in an August 10 tweet.

Yet when it comes to specific allegations, the Turkish government isn’t Brunson’s only foe. The 50-year-old pastor, who has been in Turkey since 1993, is also battling former members of his congregation who were expelled in part for harboring racist views toward ethnic Kurdish refugees, according to one pastor at the church. These men are now the government’s star witnesses in a case that could land Brunson in prison for up to 35 years.

“All of this is just due to the testimony of a few people, and we know who they are,” one Resurrection Church pastor told Religion News Service. Like others in the congregation, the pastor asked not to be named, as lawyers said it could harm Brunson’s defense.

“We trusted them,” the pastor said. “We opened our homes to them. And now they are saying they were never even Christians.”

A tiny church in the western coastal city of Izmir (“Smyrna” in the Bible) seems an unlikely stage for a geopolitical crisis to play out. Resurrection Church is wedged in among budget hotels and cafes on a narrow street near the seaside, where tourists hop on ferries to nearby Greek islands.

But the fanfare surrounding the site on a recent Sunday afternoon belied the congregation’s new international profile.

Turkish TV news crews filmed 40 or so worshippers arriving. Police, both uniformed and undercover, stood guard to deter potential vigilantism, as some Turks now view Resurrection Church as anti-Turkish. Most of the worshippers were expatriates. Locals stay away, congregants said, for fear of being ensnared in the case.

As the two countries exchange rhetoric and barbs, those at Resurrection Church insist their pastor was not breaking laws or doing anything to warrant suspicion. Brunson was, they say, merely reaching out to people in need, as the war in neighboring Syria left more than 3.5 million displaced.

When the Syrian war broke out in 2011, Brunson’s church saw an opportunity to offer refugees aid and tell them about Christianity. By 2014, Brunson and other church leaders were making regular trips to meet refugees along the border with Syria.

“It was perfectly normal to help them,” one member of the church told RNS. The member claimed to have worked with Brunson in Turkey for more than a decade, and asked not to be named because the court case is ongoing.

“(Brunson) had been in Turkey for 20 years, and here were people who were in need, coming to the country he lived in,” the church member said. “They needed physical help, spiritual help, and like a lot of other churches we went to help them, we distributed physical aid and we told them about Jesus.”

Brunson’s congregation soon included refugees from Syria. It began to reflect a wider spectrum of the social fabric of Turkey, which includes ethnic Turks and ethnic Kurds.

“They spoke Arabic, or Kurdish, and not Turkish, so at some point we thought it would be good for them to have their own meetings,” said one church member. “It wasn’t an effort to favor one ethnic group over another … We wouldn’t even be able to tell if someone is Kurdish or Turkish if they walk into the church.” Pastor Andrew Brunson, center, waves as he leaves a prison outside Izmir, Turkey, on July 25, 2018. Brunson, who has been jailed in Turkey for more than 1 ½ years on terror and espionage charges, was released Wednesday and will be put under house arrest as his trial continues. (DHA via AP)But a separate church meeting held in Kurdish and Arabic apparently added to suspicions about what Brunson was doing on trips to Turkey’s predominantly Kurdish southeast region. According to the indictment, Brunson admitted that he had made trips to the region, but said they were to provide humanitarian aid, not to collaborate with insurgents.

Brunson’s activities along the Turkey-Syria border have been viewed with deep suspicion inside Turkey. That’s because Turkey is battling an insurgency led by the Kurdistan Workers’ Party or PKK. Brunson’s trips to a PKK stronghold are widely seen as more examples of the United States’ apparent support for the PKK. The U.S. officially regards the PKK as a terrorist group, but it supports Kurdish militias in northern Syria. Ankara sees the militias as mere extensions of the PKK and sees Brunson as a separatist sympathizer with designs on destabilizing Turkey.

When violence would erupt in the southeast, Turks largely avoided the region. But not Brunson. He continued to visit southeast Turkey even as it was rocked by attacks after 2015, when a ceasefire collapsed. Prosecutors now argue his risk-taking meant “he was carrying out a mission” on behalf of the PKK. They cite a note sent to a foreign missionary who had inquired how they could help three days after a bomb attack on a Kurdish youth center in Suruç killed at least 30 people.

“Someone is provoking the Kurds to violence,” Brunson allegedly wrote from Suruç, “so there could be a struggle here.”

Back in Izmir, government witness Levent Kalkan saw local cause for concern. The indictment quotes him naming eight Resurrection Church members with PKK backgrounds, including two who allegedly had military training. They met in a church-owned home, he alleged, but ethnic Turks from the congregation were not allowed to attend their meetings. According to the indictment, Kalkan said Brunson made frequent trips to the Syrian border with alleged PKK members from the congregation.

“When I said I wanted to go to Suruç and Kobane to be able to see these activities close up, they told me it would not be possible for me to go because they knew I would see openly the connections with the organization and could even take pictures of it,” Kalkan said, according to the indictment.

In a rebuttal to Kalkan at a July 18 hearing, Brunson reportedly explained that Kalkan had been expelled from the congregation, in part because of his views on the Kurds.

“Levent was a problematic person,” Brunson told the court, according to World Watch Monitor, a publication that reports on the global persecution of Christians. “He wanted to have a role in leadership at our church, but we didn’t give him that.”

In the indictment, a statement attributed to Brunson says Turkey has experienced tensions in recent years, adding, “These tensions have been reflected in relations among these individuals.” The statement added that Brunson “has tried to reconcile those who try to cause division.”

According to one Resurrection pastor, several witnesses used by the prosecution appear to be falsifying allegations that Brunson supported the PKK because they are upset about being left out. Two witnesses, the pastor told RNS, were very close to Brunson, even being given a place to live at one point. But rising nationalist sentiment and exclusion from southeast trips led to friction and expulsions for several congregants. They now appear to be driven, the pastor said, by a “mix of envy, nationalism and extreme racism.”

For now, weekly worship continues at Resurrection Church in much the same way it has for years. A group of Turkish and American pastors, along with Brunson’s wife, Norine, lead the service in Turkish. A projector displays hymn lyrics. Musicians play keyboards, piano and guitar.

But the weekly prayer has changed. Worshippers pray not only for their pastor to be released. They also pray for an end to U.S.-Turkey tensions. And they pray for God to “protect Turkey and the Turkish government.” 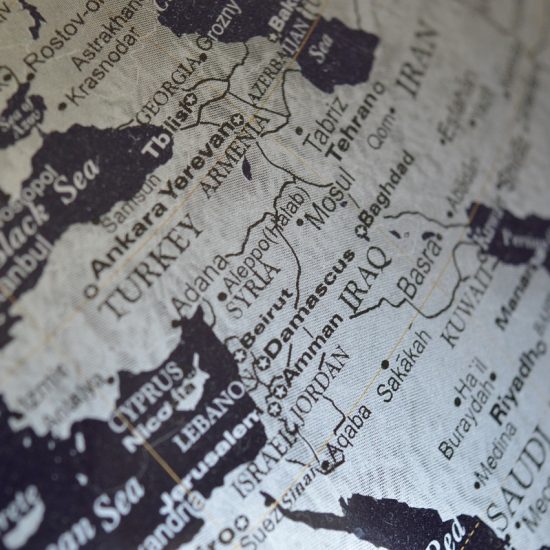