Southern Baptist Convention President J.D. Greear addresses the denomination’s executive committee in Nashville, Tenn. on Feb.18, 2019. He told the gathering that it should immediately investigate 10 churches named in a report detailing sexual abuse among clergy. RNS photo by Bob Smietana

NASHVILLE, Tenn. (RNS) — J.D. Greear, president of the Southern Baptist Convention, said the denomination’s Executive Committee should immediately investigate 10 churches named in a report by the Houston Chronicle and San Antonio Express-News, including Second Baptist in Houston — one of the largest churches in the SBC.

If any churches were found to have covered up abuse and refused to mend their ways, Greear told a gathering of Southern Baptist leaders on Monday (Feb. 18), then the convention should consider removing them from the denomination, a process known as “disfellowshipping.”

“We must take bold and decisive steps to send an unequivocal message: Churches that have a wanton disregard for sexual abuse and for caring for the survivors are not in good fellowship with this convention,” Greear said.

Greear made his remarks at a regularly scheduled meeting of SBC’s Executive Committee at its offices in Nashville, a week after the two Texas newspapers published the results of a major investigation of abuse in the nation’s largest Protestant denomination. The newspapers found that 380 Southern Baptist pastors and other church leaders had been accused of sexually abusing more than 700 victims in the past 20 years.

He told members of the committee and other leaders that Southern Baptists had to hold themselves accountable for mishandling claims of abuse and making it easy for abuse to be covered up.

Individual Baptists who “aided or abetted” abuse must repent, he said, “but as a convention, we need to repent of a culture that has made abuse, cover-ups, and evading accountability far too easy.” Greear, who is the pastor of The Summit Church in Durham, N.C., also called on Southern Baptists to repent for failing to listen to victims, for being slow to call law enforcement and for offering easy forgiveness to abusers.

He said that Baptists in the past have viewed abuse as a “Catholic problem” or a “corrupt Hollywood” problem — and not a problem that affected Baptist churches.

In some cases, Greear said, churches have “directly acted in a manner that was negligent at best and malicious at worst,” and he called their actions unacceptable. He said the convention should investigate whether those churches have violated the SBC’s “Baptist Faith and Message” statement, which states that churches should care for the abused.

Among the churches named by Greear were Second Baptist, which claims more than 20,000 in average attendance according to Outreach magazine, and Sovereign Grace Church in Louisville, Ky. , led by C.J. Mahaney, a controversial pastor popular in Calvinist circles.

“We need to be honest with ourselves,” he said. “If news stories had listed a number of our churches who were alleged to have changed their position on homosexuality, or performed gay weddings or adopted odious racial policies, we would rightly begin to ask questions and potentially take steps to cease cooperation, because our position on this issue is clear,” he said. “We must take seriously that our position on abuse is clear too.”

Baptist churches, he said, also need to change their standards for ordination, noting that some churches often fail to perform background checks or properly screen prospective pastors. Southern Baptist churches are all autonomous and ordain their own clergy on the local level.

“Ordaining a pastor is serious business — and it should be — and our ordination councils should not come with rubber stamps,” he said. “Why is it that our background check and screening process is often more rigorous for people working in children’s ministry than people being ordained?”

A committee appointed by Greear, which includes Rachael Denhollander, an attorney and abuse survivor whose testimony helped convict former USA Gymnastics team doctor Larry Nassar of abuse, developed an initial list of 10 recommendations for responding to and preventing abuse in the SBC. The group also helped develop a training program called “Becoming a Church that Cares Well for the Abused,” to be used by churches and other Baptist institutions, including seminaries.

Greear said the training program will be released by June and said all the convention’s seminaries had signed on to make it mandatory for all students.

The committee is considering other recommendations, including creating a national database of known abusers. In the past, the SBC has rejected the idea of a database.

Before Greear spoke, Mike Stone, chairman of the Executive Committee, told his fellow Baptists that they needed to take action to address the issue of abuse. He began the meeting by showing a photo of himself as a young boy and sharing that he had been abused as a child.

“That boy needs you to take the next steps in confronting this evil,” he said, according to The Associated Press. “He’s asking you to take bigger and bolder steps than you’ve ever taken in the past.”

“The recent reports in the Houston Chronicle detailing sexual abuse in Southern Baptist churches are both horrifying and demand immediate and swift action,” said Moore in a statement. “Over the last several months the advisory group appointed by SBC President J. D. Greear has been working with an unprecedented breadth of expertise and vigor of spirit.” Moore urged his fellow Baptists to adopt the recommendations.

“The recommendations he brought this evening are a needed advance, and I pray that they will be universally adopted across the spectrum of Southern Baptist life,” he said.

Implementing the committee’s recommendations will take time and cooperation, said Amy Whitfield, who has served as an assistant parliamentarian for the SBC’s annual meeting.

“Polity is always an issue,” she said in a news conference after Greear’s comments.

After a review by the Executive Committee, most of his committee’s recommendations would have to be approved at the convention’s annual meeting, to be held this June in Birmingham, Ala.  Since all Southern Baptist churches are autonomous, each congregation would have to decide on its own whether or not to adopt the recommendations on the local level.

“In order to accomplish a lot of these things, everyone has to come together and play a role,” Whitfield said.

Moore said Southern Baptists currently have no way to share information about pastors and volunteers who have been accused of abuse.  Because of that, an alleged abuser can move from church to church to find new victims, he said. Both Moore and Greear said they were open to the idea of creating a database of abusers. The most important thing, they said, is finding a solution that works and allows churches to effectively communicate.

“Everything is on the table,” Moore said.

In his comments to the Executive Committee, Greear did not mention two major Baptist figures who were featured in the investigation by the Texas newspapers: former Southwestern Baptist Theological Seminary President Paige Patterson and retired Texas Judge Paul Pressler.

Both were key leaders of the Southern Baptist “Conservative Resurgence” that ultimately prevailed during a decades-long struggle between conservative and moderates over control of the convention. Patterson was fired from Southwestern last year after allegations that he had covered up abuse and made comments that were disrespectful to women. Pressler was accused in a lawsuit of allegedly abusing several men. The claims of abuse were dismissed after a judge ruled that the statute of limitations had expired for the alleged abuse.

The suit also claimed that the SBC had covered up alleged abuse by Pressler. Both Patterson and Pressler have denied the allegations against them.

“Every one of these allegations needs to be taken seriously, needs to be investigated fully,” said Moore.

When asked if the convention should investigate claims that the SBC covered up alleged misconduct by Pressler, Greear was open to the possibility. He pointed out that Southern Baptists took action against Patterson, who had been a mentor of his. That signals an openness to investigating powerful figures like Pressler.

“I believe the convention is willing to go there,” said Greear.

Moore also said he believes the convention should remove any church — even one as large as Second Baptist — if that church covered up abuse and refused to admit it had done anything wrong or to change its ways.

“If any church were ultimately found to be defending the cover-up of sexual abuse with no repentance and plan of action for change, then I would vigorously support the disfellowshipping of that church,” he said. “And I am confident that our SBC president and SBC entity leaders would as well.” 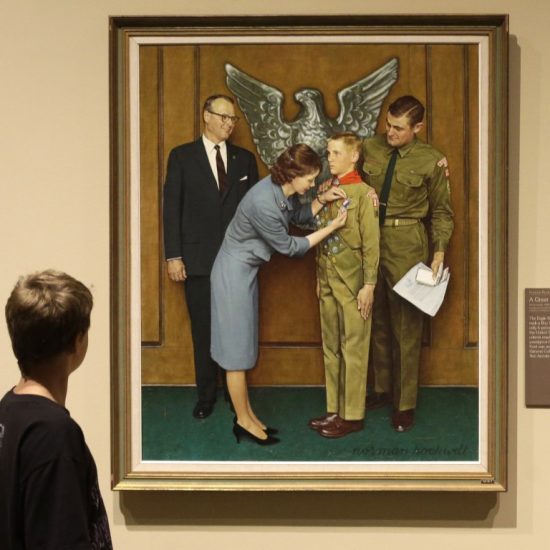