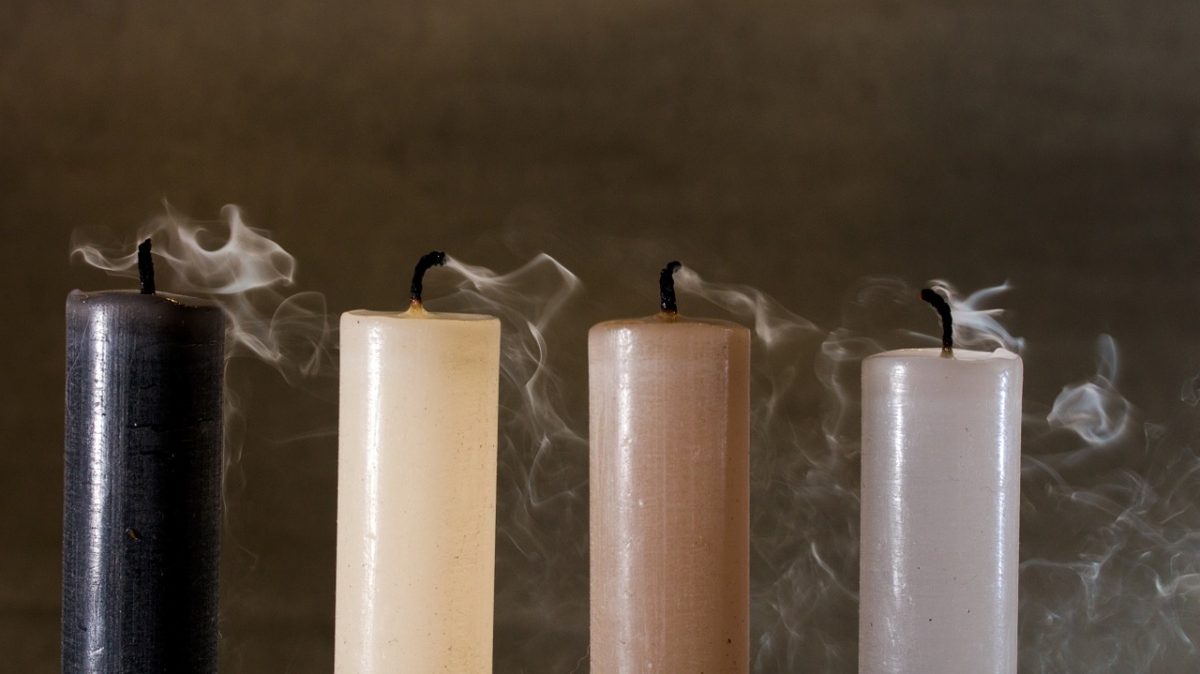 Image by andreas N from Pixabay

At the Christmas Eve service I attended recently, the Christ candle in the Advent wreath wouldn’t light. The pastor tried and tried. Eventually, as giggles worked their way down the crowded pews, he said everyone should just pretend it was lit.

“We walk by faith, not by sight,” he added to laughter.

Two weeks later, it seems all the candles were just pretend.

How can believers move so quickly from declaring “peace on earth” to instead waving the flag as our country bombs yet another Middle Eastern nation? How can we shift so soon from celebrating the Magi who opposed a bloodthirsty ruler to instead supporting a ruler seeking to drop bombs on the land from which those gift-bearers traverse afar? How can we change so fast from celebrating the birth of the “Prince of Peace” to instead cheering the deaths of the enemies that Prince told us to love as ourselves?

Did we mean any of it? Or was it all just another lie, like the fat man in the red suit bringing presents? Do Christians really believe all this stuff about peace, turning the other cheek, loving our enemies? Or are we just pretending the candle is lit?

It feels like we’re stuck in the penultimate verse of “I Heard the Bells on Christmas Day.” The CD keeps skipping back to it, unable to move to the last verse. I don’t hear the bells ringing. And I don’t see or smell the candles burning. Those candles that remind us of the light of the world. Those candles that remind us that the light pierces the darkness and the darkness cannot overcome it.

If I close my eyes, I can see that scene at the end of the service: Everyone holding their own candle up in the air, illuminating the sanctuary like those angels did to that dark sky over the sheep. Or maybe it was just a dream. Maybe the candles weren’t lit. Maybe we weren’t actually celebrating the Prince of Peace. Maybe it was just about presents, family time, and pretty decorations.

If the lesson of Christmas can’t even last two weeks, then it seems pretty impotent. The saddest fate may not be a land where it’s always winter but never Christmas. It might be a land where Christmas comes and goes without anyone actually going to the manger. We see the star but don’t bother to leave home. We hear the angels and stay in the field with the stinky sheep. We refuse to listen when the angels say “fear not,” and we dismiss their “good news” as fake. We hold the candle but refuse to light it.

When the service ended two weeks ago and the lights in the sanctuary came back on, I stood there with my candle still lit. For some reason I wasn’t ready to blow it out yet. I wanted to linger a bit longer. And then my seven-year-old son leaned in with a smirk and chased off the light. As we left, he laughed at the pastor not being able to light the candle. My son had lit the Joy candle during the service, and had been fairly nervous about not doing it right.

“I can’t believe Pastor Doyle was the one who couldn’t light the candle!” my son exclaimed. “I thought someone would mess up, but I didn’t think it would be him.”

I laughed with him. But now as I think of all those unlit candles, I instead mourn.

Remembering One on the Journey