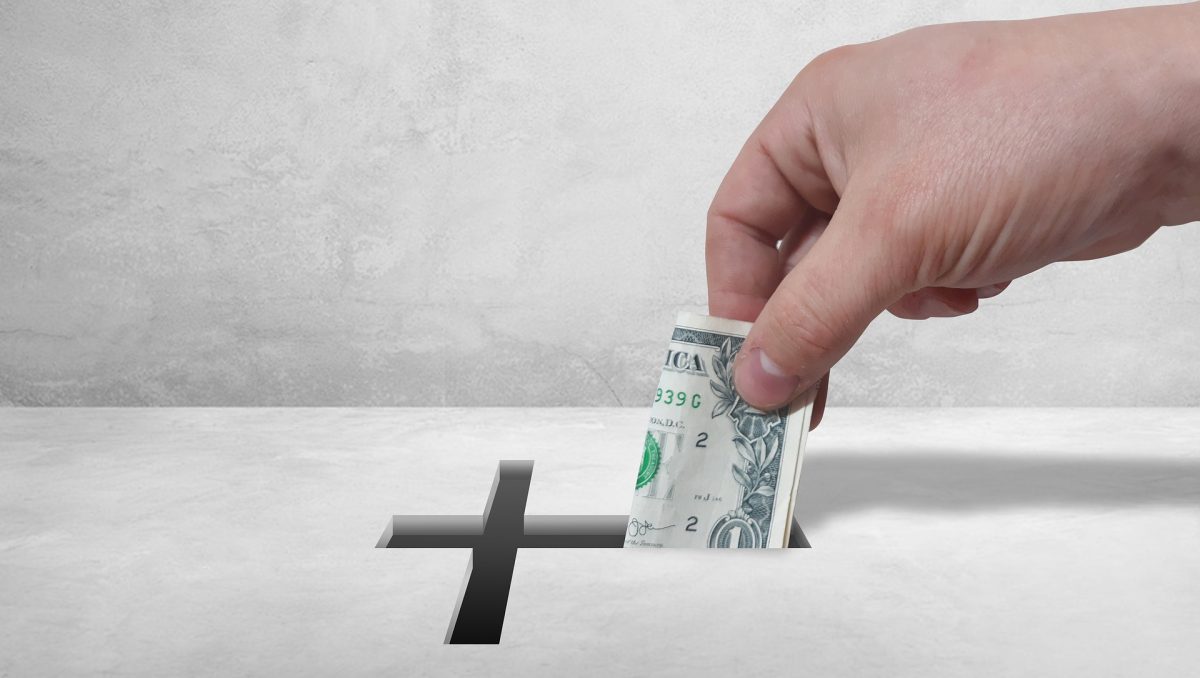 As American followers of Jesus, including Baptists, come to grips with the reality and implications of our country’s historical record of racist actions and structures — such as slavery, lynchings, and systemic discrimination (housing, employment, education, segregation, etc.), the question of reparations inevitably must be addressed. This is precisely what the Executive Committee and the General Council of the Baptist World Alliance did at their meetings in Birmingham, Alabama, on July 9-15, 2022. Their combined witness is historic in nature, not only for Baptist organizations and conventions, but also for individual Baptists who seek to pursue justice, peacemaking, and racial reconciliation in conformity with Jesus’s vision of the kingdom of God.

The Birmingham Statement provides a basic Biblical justification for reparations. As God liberated the Jewish slaves from oppression in Egypt, “the redemption enacted by the Lord included a mass payment of reparations to the whole of a group enslaved along the lines of race for their benefit and the benefit of their future generations as a crucial part of restorative justice in a holistic vision of flourishing freedom.”

Turning to the New Testament, the statement cites the story of the tax collector Zacchaeus: “Zacchaeus demonstrates the double requirement to give a general donation to the poor and to pay reparations to those who had been wronged. Not only did Zacchaeus’ actions bring just restoration to those who had been abused, reparations also had the profound effect of freeing the oppressor as well. Jesus offers liberation to the oppressed and oppressor.”

The General Council approved two resolutions on restorative racial justice. BWA General Council Resolution 2022.3 affirms that “restorative justice involves intentional actions to repair and restore human relations with God and one another, as a foreshadow of the flourishing freedom found in the Kingdom of God.”

A companion resolution on “slavery reparations” (BWA General Council Resolution 2022.4) acknowledges the “enduring generational impacts” of slavery and calls for “reparations to repair the damage for wealth stolen from centuries of forced labor.” While calling on “Baptist churches, colleges, unions, and other institutions” to honestly face their participation and benefits gained from slavery, the resolution also urges “Baptist individuals and institutions to participate in reparations conversations in their own communities and national governments.”

In most discussions on reparations, the focus is on institutional responses (from governments, institutions, and organizations). However, for several years, I have been personally wrestling with the question of how individuals — especially disciples of Jesus Christ — should participate in making reparations to neighbors near and far who have suffered from centuries of racism, discrimination, and oppression.

Setting aside political and partisan divisions regarding collective guilt and judgments regarding economic systems, my personal response to reparations has been informed by an evolving sense of personal stewardship and gratitude concerning God’s abundant care for my family.

Although our ancestors came to the United States in the late 19th and early 20th century as poor Jewish immigrants escaping from oppression in Eastern Europe and thus did not participate in the evil of the slave trade, successive generations rose up the economic ladder and moved into the American middle class. Although my own father never earned more than a $25,000 salary in his lifetime, nevertheless I moved from the “projects” (apartment buildings) in Far Rockaway, Queens to a modest home in the suburbs of Long Island, where eventually I met my future wife in high school. She and I went to get secure doctoral degrees in our fields, and after decades of satisfying careers, are transitioning to full retirement, financially secure through pensions, savings, investments, and Social Security.

As I review the arc of our professional careers, two convictions speak to my soul. First, even though my wife and I can rightly claim that we worked hard to achieve the lifestyle we presently enjoy, nevertheless it is also true that we have benefited from a social order that provided greater opportunities to White people than have been afforded to Black and other minority peoples. We have lived on land that was originally possessed by indigenous people and grew up in a town and prospered in an excellent school system where they were few Black people. We had advantages that others did not enjoy and that we were not fully aware of.

Second, with prosperity comes increased responsibility. Biblical stewardship calls dedicated disciples of Jesus to live and serve with a sacrificial heart. For half a century, we have practiced the discipline of tithing, not for legalistic reasons but out of a motivation of thankfulness for God’s redemption and presence. With increasing prosperity, the discipline of generosity, as expressed by Jesus, became a major theme: “It is more blessed to give than to receive” (Acts 20:35). In the past two decades, responsibility for the poor has come to the fore as a motivation. Paul advised, “Share with the Lord’s people who are in need” (Romans 12:13).

Practically speaking, for individuals, discerning how to share with the poor is similar to deciding how to make reparations to people and communities that have been exploited by injustice and evil practices such as slavery. These responsibilities call for not token responses, but for ongoing, intentional, and targeted sharing of one’s wealth. In other words, reparations as a lifestyle decision must be practiced as a spiritual discipline.

Embracing the Spiritual Discipline of Reparations

Although offering reparations is a societal collective responsibility, there is a Biblical basis for individual followers of Jesus to exercise agency and take personal responsibility for their own stewardship. Members of the Jerusalem church sold real estate and mediated by the church, “distributed” assistance “to anyone who had need” (Acts 4:34-35).

How might we follow their example in today’s world? There is not a single response, but rather a multiplicity of creative options, based on one’s own sense of responsibility and circumstances. My family has experimented with a basket of practices to attempt to embrace reparations as a spiritual discipline. I share them with readers not to garner approval or critique, but rather to illustrate possibilities. These strategies are not prescriptive but descriptive. I am sharing our story hoping to hear how others have sought to live out reparations as a spiritual discipline and to encourage a greater discussion on this important issue.

Financial giving may express a commitment to reparations and a broader commitment to the poor on many levels. In many of our churches, there is something akin to a Deacons’ Fund, which is designated for aiding those in economically challenging circumstances. Churches may surely designate a portion of such offerings to reparations-related projects. In addition to such offerings, our family had decided to tie income to the spiritual discipline of reparations. Specifically, we have committed a segment of our income stream to this effort by designating the royalties from the sales of my book on friendship to provide ministry grants to churches serving economically poor and disadvantaged neighborhoods in our state. We do not even receive the money; it goes straight to our state’s regional denomination organization, and it decides on what churches will receive anti-poverty ministry grants.

In addition to designating income, we wish to offer reparation through investing in disenfranchised communities. Accordingly, we have decided to place a certain percentage of our savings in community investment notes offered by Calvert Impact Capital, which seeks to “proactively finance solutions to climate change and inequality around the world.” These notes provide microloans for small businesses and invest in housing for the poor, among other goals. We earn interest from these investments, just like we would from a commercial bank’s certificates of deposit, but the principal provides hope and a chance to succeed to people who don’t have access to the commercial banking system.

In an attempt to take tithing to the next level, our family established a family charitable fund to support a diverse array of ministries throughout the world. Through the growth of its investments, during retirement we hope to donate to God’s work at least as much as we tithed during our working years. This impact-centered strategy targets ministries according to selected themes, with ministry to the poor being one such priority. Most major brokerages (Fidelity, Vanguard, etc.) offer this option.

Impactful philanthropic support has three potential advantages over traditional weekly tithing. First, over time it enables us to donate more than the original amount of tithes. As investments accumulate value, more funding may become available for the work of God’s kingdom (Matthew 25:14-30).

Second, a philanthropic strategy opens up possibilities for personal involvement and partnership with those who benefit from grants, donations, and gifts. The Talmud indicates that “acts of kindness are superior to charity” in part because “charity can be performed only with one’s money, while acts of kindness can be performed both with his person and with his money” (Sukkah 49).

Third, the giving of personal tithes and offerings usually end when a person dies. In contrast, rightly structured, family charitable funds may be administered by one’s children (or other heirs) so that our legacy of giving will continue beyond our lifetimes. This is particularly significant regarding reparations. If we have benefited from past acts or systems of injustice, it seems appropriate to respond by creating means of reparations that will redemptively influence the future.

A Spirituality of Reparations

Moving beyond stultifying guilt, the spiritual discipline of reparations embraces humility, repentance, caring, generosity, and self-sacrifice, in response to past social injustices and Jesus’s articulation of the values of the kingdom of God. It represents a constructive way forward for serious disciples of Jesus to express genuine sorrow for peoples who have been harmed in the past and solidarity with those who presently are placed in difficult life situations because of past and continuing injustices.

I do not pretend to have a definitive understanding of how to articulate a spirituality of reparations or how to fulfill its calling as a spiritual discipline. However, as I read and study the new Baptist World Alliance statement and resolutions, I am convicted that each individual disciple must take action and not passively wait for society and government to respond. How have you been led by God to offer reparations for America’s participation in slavery and other injustices done to communities within our society?

Rev. Dr. Lee B. Spitzer is the former general secretary of the American Baptist Churches USA and the current historian for Baptist World Alliance. He is also the author of Baptists, Jews, and the Holocaust: The Hand of Sincere Friendship.