Let’s get some stuff out of the way first, shall we? I hadn’t seen the stage version of Dear Evan Hansen when I screened the new film version, directed by Stephen Chbosky (The Perks of Being a Wallflower, Wonder), so I went into it blindly. I didn’t know the plot or the powerful songs and I didn’t have any preformed ideas about what I should see or not see. So this review won’t get into the weeds of analyzing the Broadway musical versus the Hollywood film or the decision to cast Ben Platt as Evan Hansen again. 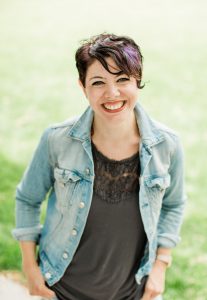 What this piece will get into is why, for people of faith, watching Dear Evan Hansen is worth your time. There will be some spoilers here, so if you also want to go into the film blindly, here’s my pitch: Dear Evan Hansen is beautifully reminiscent of God’s unconditional love and grace. It’s also a hopeful film for teens struggling with anxiety and depression. Stop reading here if you don’t want any spoilers.

Evan Hansen is a boy with severe social anxiety. He’s recently broken his arm after falling from a tree while working at a park over the summer (we later learn the fall was part of a suicide attempt). His therapist asks him to write encouraging letters to himself. One such letter falls into the hands of the school outcast, Connor Murphy. A couple of days later, through Connor’s mother and stepfather, Evan is told that Connor has died from suicide. Evan’s letter was found on Connor and his parents mistakenly believe it was his suicide note. Because of the note, they are delighted to “discover” that Connor had one close friend — Evan Hansen.

Evan tries to explain what happened but Connor’s parents don’t listen to him. They take Evan in because they believe he is the last connection they have to their late son. Evan, whose parents are divorced, his mother working all the time, and his father extremely absent, is desperate to be seen and cared for. He also has a crush on Connor’s sister, Zoe, and wants to be close to her. Despite his initial protestations, he lets himself be pulled in by Connor’s family and embraces the lie. He constructs the fantasy version of friendship he longs for.

Evan’s fabricated friendship with Connor immediately garners him sympathy. The popular and beautiful class president, Alana Beck (Amandla Stenberg) opens up to him about her own struggles with anxiety and depression. Other kids start talking to him in the hallways. Zoe pursues him romantically. Connor’s parents treat him like a replacement son. It’s all going so well until Evan is found out. Some critics of the musical and film have expressed disappointment that Evan doesn’t receive public comeuppance or face consequences for his lies. Instead, he wrestles with his own personal shame and disappointment over what he’s done. Maybe it’s because of my faith or the fact that I’m a mother to two boys, but the grace that’s extended to Evan was actually the most hopeful part of the film. The current national mood right now is so geared toward shame. Kids making dumb mistakes — because their brains aren’t even fully developed yet — face a world in which those missteps can follow them all the days of their lives. It is refreshing to see the hope for goodness and mercy to follow them instead.

I asked the film’s director, Stephen Chbosky about the story’s lack of consequence for Evan. Chbosky asks us to have sympathy for Evan. “For this young man with all these problems, all these mental health problems, with the fact that his mother works all the time, he is a latchkey kid, he has no real friends, he is alone all the time in that house. His own father will not return his texts.” He went on to say, regarding Evan’s misdeeds, “to me, there is no redemption without sin. It does not work that way.”

Chbosky, the writer behind both the book and the film, The Perks of Being a Wallflower, took this project on because he has a passion to help teens and their parents grapple with mental health. “I loved the songs, I thought the characters were memorable and complicated, at times dark, but very interesting, and ultimately, the themes of it resonated with me so deeply. …If you talk directly about mental health and the experiences that young people go through… it can do a lot of good in the world.”

The film diverges from the musical in a few ways: some songs were cut that just didn’t translate well from stage to screen, one song was added to great effect, and some characters were rewritten. Alana Beck is given a new song and her character is fleshed out to reveal that she struggles with high-functioning depression and anxiety. She uses her overachieving as a way to keep others out. But Connor’s suicide and Evan’s letter allow her to open up about her own mental health.

The expansion of Alana’s backstory was important to Chbosky. “Especially now with the young generation, all the pressure, the colleges, everything else that is going on in social media, this need to be perfect all the time, it is so profound and destructive.” The most redeeming and powerful moment for me was when Evan opens up to his mother (played by Julianne Moore) about the lie and also about his own suicide attempt. Evan is visibly afraid of how his mother will react. She responds by singing a beautiful song — I ugly cried during this scene — reminding him that she would always be there for him. It’s her unconditional love and acceptance that empower Evan to make amends.

As I watched this scene I was struck by the notes of grace it struck. I was reminded of Paul’s words in Romans 8:31: “What then are we to say about these things? If God is for us, who is against us?” For so many of us — teens and adults — we need the reminder that there is a Parent who calls us Beloved and who will not allow anything to separate us from divine love. We need to know that we can own up to our mistakes and make amends because we are loved by Someone who paid the price for them.

The pivotal song that ends the play and the film’s first act is called You Will Be Found. It is Evan’s dream of a friendship that he never got to have, though it rings true for those of us who know the deep, deep, love of Jesus.

Even when the dark comes crashing through

When you need a friend to carry you

And when you’re broken on the ground

You will be found

So let the sun come streaming in

‘Cause you’ll reach up and you’ll rise again

Lift your head and look around

You will be found