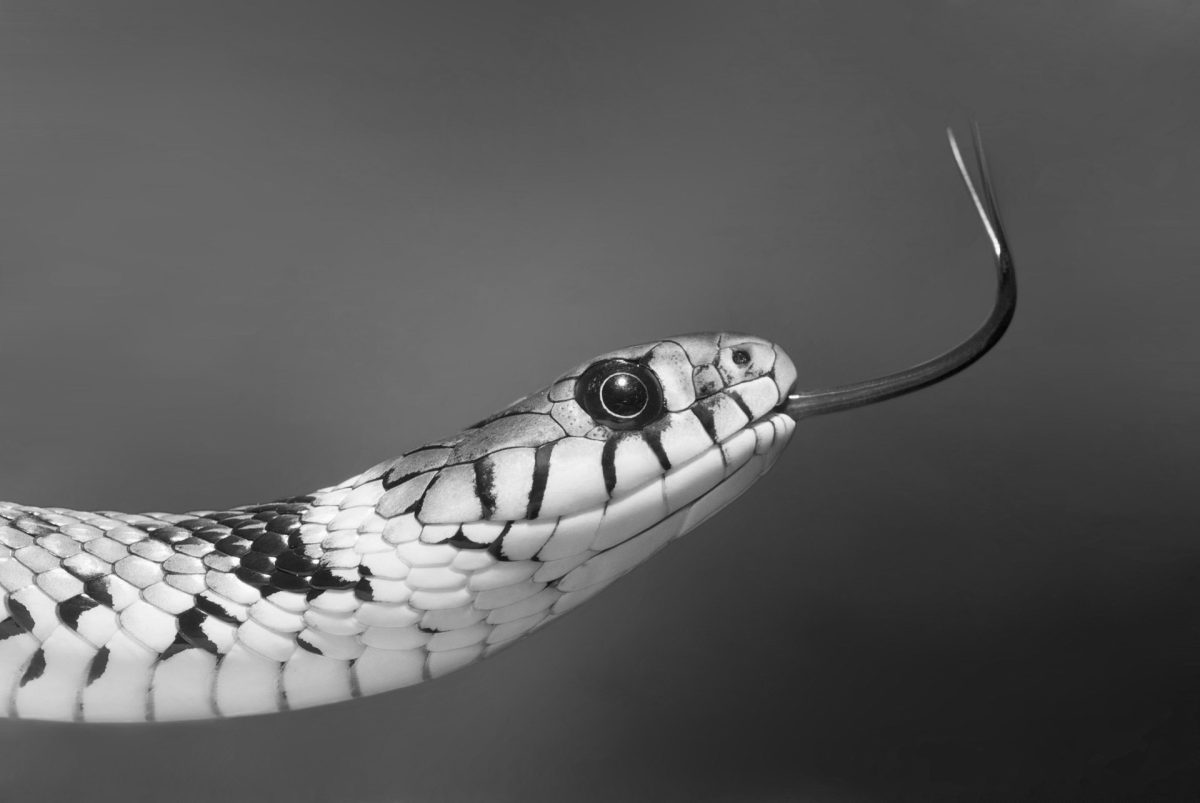 Some Christians have this annoying Gnostic habit: the absenting of the body in theology and the fetishization of the disembodied idea. This habit makes it difficult to deal with speakers who will say one thing today and another tomorrow and whose words and actions are contradictory. Many evangelicals today embrace conspiracy theories – from QAnon to COVID-19 denial – and accept lies so huge that they can’t swallow them whole. This deserves a more serious investigation that can be aided by the work of philosopher of language Kenneth Burke.

Until we can put language and actions together as a consistent performance, we will struggle to properly understand evangelical motives. Here’s where Burke’s rhetorical theory fits like a glove. His notions of moving bodies and performance and of rhetoric as bodily rhythms revolve around 5 key ways of assessing motives: what was done (act), when or where it was done (scene), who did it (agent), how he did it (agency), and why (purpose). Determining a person’s motives can be a tricky act of criticism. A large part of motive deals with what kind of person (agent) performed the act. This puts us into the difficult area of ethos, and rhetoricians have been famously reticent in dealing with character.

One body part claims center stage when it comes to lying: the tongue. Sirach 4:14 exhorts, “Do not be called double-tongued and do not lay traps with your tongue; for shame comes to the thief, and severe condemnation to the double-tongued”. The writer of Proverbs uses the word “tongue” nineteen times in the New Revised Version. Lady Wisdom insists that God hates a lying tongue. The embodiment of rhetoric and language in Proverbs looms large in my subject. In fact, the embodied rhetoric of Proverbs has much to say about the tongue’s capacity for evil: it is perverse, mischievous, and back-biting.

Evangelicals, at least those who are Christian nationalists, have as of late been regularly engaged in double-tonguing. We inhabit the world of post-truth. This is a nice philosophical label for the reality that we live in the age of big lies. The bigger the lies, the more excitement is created by true believers. Attempts to demonstrate that people are lying usually crash and burn. Politicians and preachers not only speak with a double-tongue – they stick out their tongues and provide a rousing “strawberry” to truth, facts, and reality. These hell-raising preachers have brought radio “shock jock speech” to American political discourse. The danger in all these lies is that they operate at the emotional level, and listeners interpret the lies as the truth.

There’s an element of real danger in this weird dance of the double-tongue. There’s the initial double-tongue – “he’s a liar” – and then there’s the double-tongue defense of the double-tongue with more lies, distortions, and deceptions. The danger, according to Holocaust historian Timothy Snyder is “that there are certainly elements of his approach which are fascistic. The straight-on confrontation with the truth is at the center of the fascist worldview.” The deception of evangelical preachers is that they sound so certain. In other words, evangelical ears are attracted to the sound – bold, frank, fearless. These preachers have managed to pull off a fake quality that has always been at the heart of evangelical preaching: parrhesia. The word is translated “boldness” in English translations of the Bible. The unscripted, “from the heart,” political ramblings of preachers sound for all the world like a sermon exhorting people to get saved and follow Jesus. Evangelical hearts swoon. What the preacher says fades into an almost silent echo because of how he says what he says. This is the danger of double-tongue speech.

Evangelicals know their Bibles. They know lying is a sin. They know that God hates liars. They know the Devil is the Liar-in-Chief. There’s a biblical double entendre for evangelicals. Acts 2 describes a scene beloved by evangelicals: “Divided tongues, as of fire, appeared among them, and a tongue rested on each of them. All of them were filled with the Holy Spirit and began to speak in other languages, as the Spirit gave them ability.” This is the expected evangelical embodiment of the tongue. “She opens her mouth with wisdom, and the teaching of kindness is on her tongue” (Proverbs 31:26). “To watch over mouth and tongue is to keep out of trouble” (Proverbs 21:23). “A gentle tongue is a tree of life” (Proverbs 15:4). “The tongue of the wise dispenses knowledge” (Proverbs 15:2). The evangelical double-tongue contradicts the “divided tongues” of truth empowered by the Holy Spirit. Many evangelicals embrace what I label a “hedonicity of hate,” a perverse pleasure in the embodiment of evil described so aptly in Proverbs as “winking the eye.” In John Stoppard’s play, Jumpers, George the philosophy professor says, “If there is an apparently endless line of dominoes knocking itself over one by one… somewhere there was a domino that was nudged.” That’s a suggestive analogy for how evangelicals ended up with such overwhelming support for secular politics. Motives, notoriously difficult to nail down, always have a backstory. As the dominoes fell, one by one, across a generation, no one much noticed what was happening. Jerry Falwell, Sr.’s Moral Majority tipped over a series of dominoes. No one took much notice in the end. In 2016, evangelical dominoes fell one at a time in rapid succession and great was the fall. My purpose here is to stand those dominoes upright once again and see them all fall in rapid succession. The cumulative impact of so many dominoes falling at once may awaken some to the reality of how much evangelical motives and actions have changed.

Evangelicals, at heart, have always been a people determined to get as many people saved as possible. They know that salvation depends on repentance. Evangelicals know that Jesus said, “Repent and believe the gospel,” but now they say, “Repentance is not that important. What’s important is a candidate that will help us win the cultural war and whether or not he repents is of no importance.” Domino number one has fallen.

Evangelicals have shifted from their noble history of concern for those on the margins of society, those Jesus called “the least of these” to a lust for political power. If I write a critical word about Franklin Graham’s Islamophobia, I always get a couple of responses about Graham’s charity to help children around the world. That doesn’t atone for Graham’s anti-Muslim rants. Randall Balmer testifies, “I fear, however, that their trumped-up sense of beleaguerment, their embrace of far-right ideologues and demagogues and, yes, racists has produced a mutant form of the movement that can no longer be recognized as Christian.” Evangelicals are attempting to cling to power and maintain white hegemony. It’s all about the power. The last shall be first has been discarded. Domino number two has fallen.

Evangelicals have long believed that character matters. Evangelical pastors, in the past, have insisted that their people not only vote for conservative candidates, but also for good Christians with the highest levels of Christian character. When James Dobson assailed Bill Clinton for his lack of character, Dobson said, “As it turns out, character does matter.” Well, in the double-tongue kingdom, character matters until it doesn’t. Character no longer matters among evangelicals who claim they are looking for the toughest, meanest candidates to help them have power over church and state. Domino number three has fallen.

Evangelicals have long believed that Jesus is Lord of, well, everything. Domino four falls as evangelicals separate individual Christianity from the politics and policies of the nation. Some preachers neatly divide the kingdom of God into the individual and the national. Jesus is now Lord on the church and Lord of the individual believer, but Jesus no longer rules when it comes to the nation. This is known as the “Two Kingdom” Theory.

Some evangelical preachers are now telling us that the government only exists to defend us from evil, but they have twisted Augustine and Luther so that they sound more like the extreme version of Calvinism that permeated everyday life in Puritan New England. Robert Jeffress says on Fox News that the government’s sole purpose is to protect us, and this had led him to insist that gay marriage should be outlawed (the next evangelical target after Roe vs. Wade). Jeffress, in an NPR debate with historian John Fea, said: “Look, the godly principle here is that governments have one responsibility, and that is Romans 13 [which] says to avenge evil-doers. God gives governments the power of the sword, of capital punishment, of executing wrongdoers.” Here the double-tongue seems to double back on itself, as Jeffress is so determined to make it clear that Jesus would not have jurisdiction over Trump, Congress, and the Supreme Court. Jesus, in this double-tonguing, is not the Lord of lords. He is the private Lord of individual Christians.

The double-tongue act keeps rolling along at a rapid rate. Evangelicals know that the kingdom of God is not about political power, but now they are now proud that people associate the gospel with partisan politics. Instead of suffering servants, now we have proud, patriotic Zealots marching us to war. Instead of losing, we have winning at all costs. Instead of being servants of all, we get evangelicals wanting to lord it over everyone. Evangelicals are chasing a hollow victory, a temporary reprieve that will boomerang against them. Scripture clearly states that “a lying tongue lasts only a moment” (Proverbs 12:19).

In Burke’s pentad, the act is the evangelical double-tongue of hypocrisy. The scene is secular politics. The agent is an array of evangelical preachers and other leaders. The agency is the sermons, television appearances, tweets, and press releases praising Trump. The purpose is to win. Here the motive shows its face: evangelicals want to win on the political battlefield, and they are willing to sacrifice Jesus all over again in order to achieve that goal.

Perhaps there’s no turning back from the double-tongue movement. But if there it is, the word evangelicals may hear will come from Jesus: “Let your word be ‘Yes, Yes’ or ‘No, No’; anything more than this comes from the evil one” (Matthew 6:37).