The COVID-19 pandemic is still raging. The country is beset with racial tension and political turmoil. But we humans can’t live by bad news alone. We need breaks during which we can focus on truth, beauty, and goodness — or on the sublime music of J.S. Bach, sometimes called the fifth evangelist.

The Life of Bach Johann Sebastian Bach was born 335 years ago, in March 1685 in Eisenach, a town in what is now Germany. Martin Luther, who was born 202 years earlier, went to school in that same small city.

Orphaned at the age of 10, Bach went to school in 1700 on a music scholarship and found employment that same year as a choral singer and instrumentalist for church services.

Throughout his lifetime, Bach was a devout Lutheran, and much of his music was composed for churches in the states that joined together to form the German Confederation in 1815.

After a series of prominent positions in several cities, he spent the last 27 years of his life in Leipzig, one of the largest cities in Germany. It wasn’t his most prestigious position, but it was where he produced his most enduring music. J.S. Bach spent the last 27 years of his life in Leipzig. (Pixabay)

The Music of Bach

Bach was one of the greatest and most prolific musicians. He composed a wide variety of music, and there are over 1,080 extant pieces. My favorite is “Toccata and Fugue in D Minor,” his powerful organ piece that was perhaps composed in 1706 when he was 21.

Those marvelous works, as well as his impressive cantatas composed for church worship, led to him long being referred to as “the fifth evangelist,” following Matthew, Mark, Luke, and John. (He is identified in that way, for example, on the cover of the Dec. 27, 1968, issue of Time.)

The legacy of the great composer languished after his death, but nearly 80 years later, in 1829, it was resurrected by the young Felix Mendelssohn (1809~47) with his performance of Bach’s “St. Matthew Passion.”

Bach’s reputation as one of the world’s greatest composers has been firm ever since. Bach was also one of the most versatile composers — and his music has been performed in a wide variety of ways, especially in recent decades.

“The Joy of Bach” (1978) is a “delightful and kaleidoscopic presentation of the great composer’s music” that “includes an impressive assortment of period and contemporary performances.”

The Faith of Bach

Even though Bach composed music for the court as well as the church, he once wrote, “The aim and final end of all music should be none other than the glory of God and the refreshment of the soul.”

Accordingly, at the beginning of many of his music manuscripts Bach often penned “J.J.,” Latin for Jesu Juva (Jesus, help me). And at the end of his compositions he routinely added the initials “S.D.G.,” which stands for Soli Deo Gloria (To God alone the glory). I encourage you to watch the 43-minute film, “Glory to God Alone: The Life of J.S. Bach,” (2006).

But since he wrote for the glory of God, his music was, and is, not only for church folks but for all people. Mark Swed, a writer for the Los Angeles Times, wrote last month how Bach’s Cantata No. 28, written in 1727, is “a lullaby for our times too.”

Swed also contends that during these last four months, “Bach has been classical music’s No. 1 comfort-giver.”

And even before the COVID-19 pandemic, someone posted this comment on a YouTube video of a Bach piece: “Whenever the world leaves behind a complete mess in my head, I choose Bach and he’ll always fix it.

That’s what a good evangelist does. 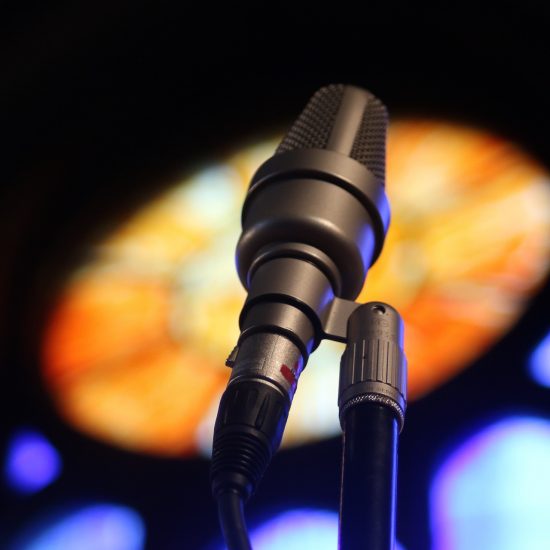 Is There Evidence of a Treaty in the ‘Worship Wars’?